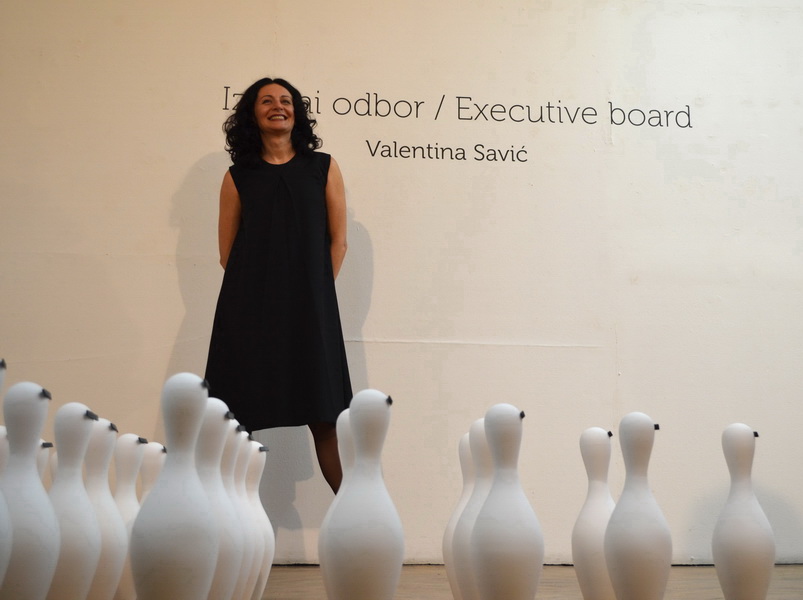 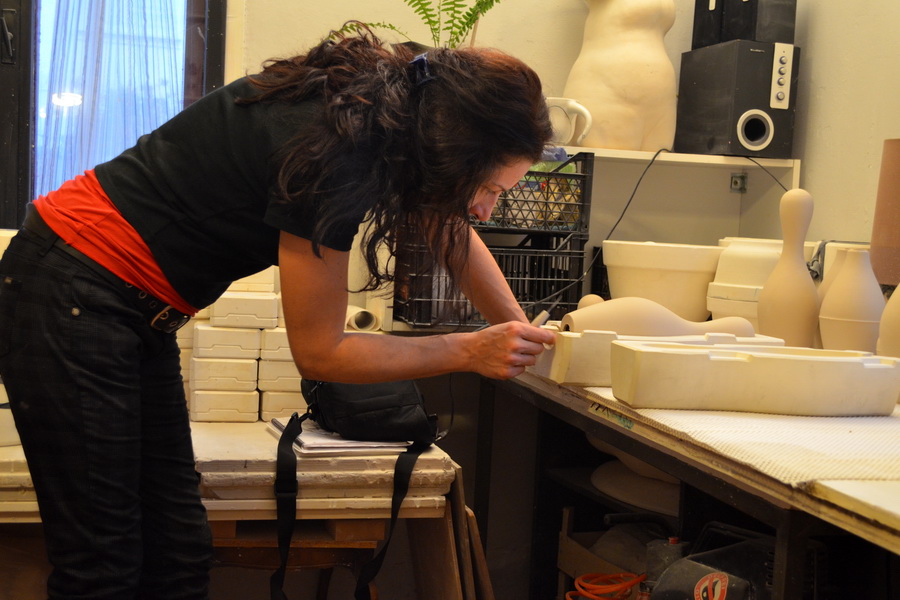 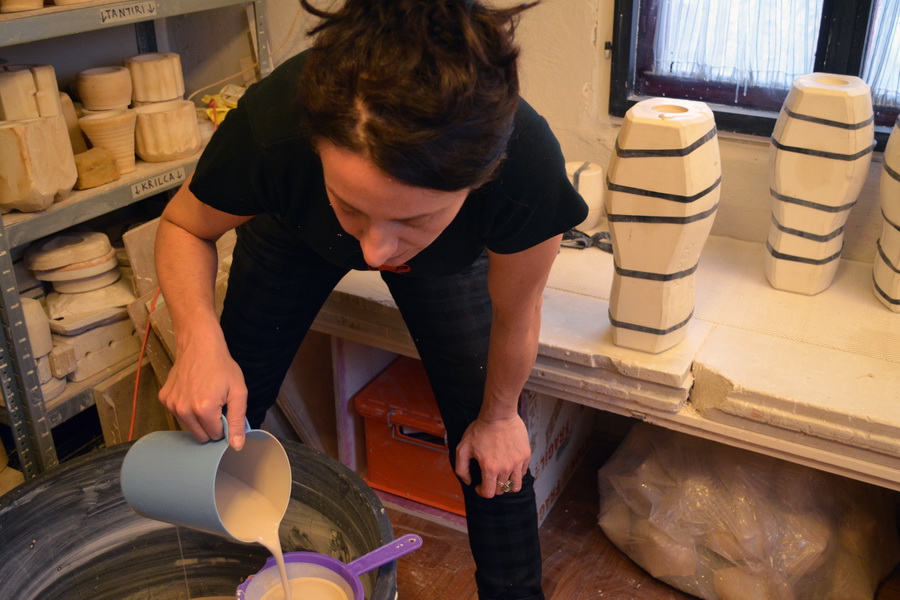 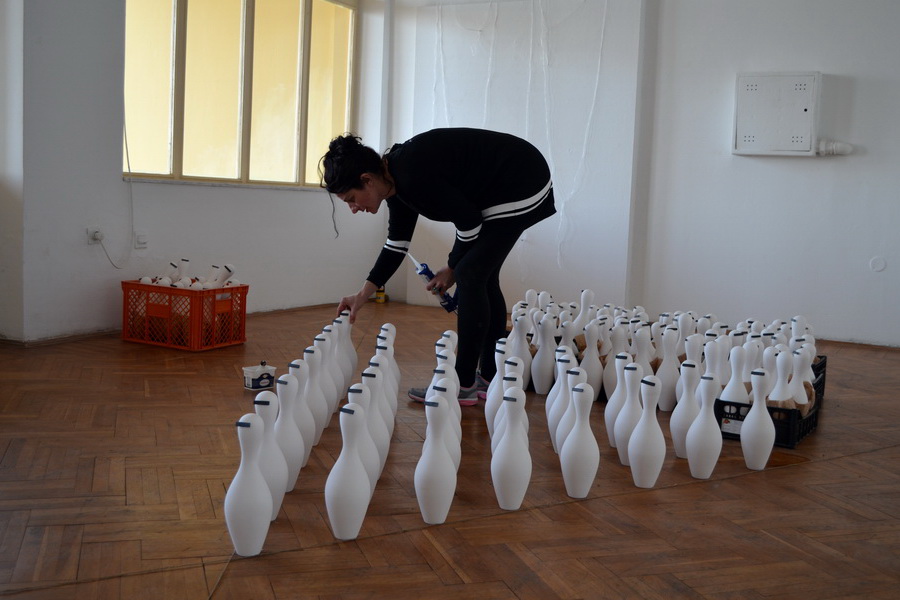 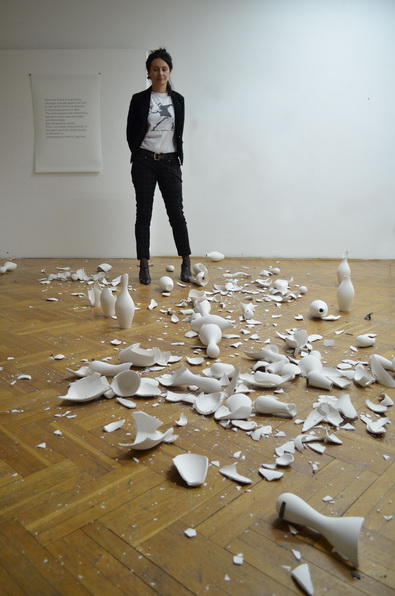 On March 12, 2014 an exhibition titled “Executive Board” opened at the Stara Kapetanija Gallery., and twelve days later it ended with performance on the occasion of closing.

The installation included more than a hundred identical porcelain pins that, although manually, were made in the way and in the context of industrial production. The process itself and the production flow were documented by video fragments and photographs from the studio. An artist who appears in the video as an industrialist is actually engaged in a metaphor of economic reality, and an answer to the most common stereotypes related to the call of the applied artist and ceramist.

144 manually slip casted pins are exhibited and during the performance some of them were broken. After the performance, the public had taken each one. Within an hour they were none.